The Good, The Bad, and The Ugly, When it Comes to Long Island Spiders

Home › Blog › The Good, The Bad, and The Ugly, When it Comes to Long Island Spiders

As the cold sets in, spiders, just like many other pests, will be searching for a place to stay for the winter. That place could be your Long Island home. Different spiders will settle in different ways, but they will all still enter your home if they believe it is safe. Despite most New York spiders being harmless, most people still don't want them hanging around their house. Knowing how to prevent spiders and the pests they feed on is key. 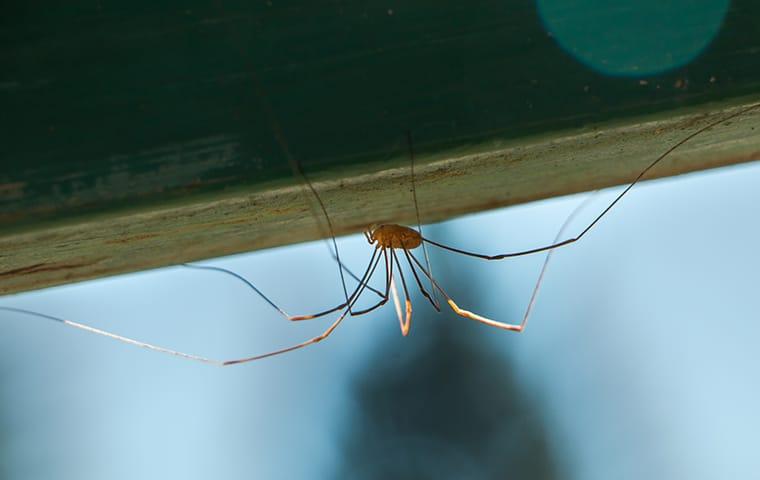 Are home spiders dangerous? For the most part, at least in New York, no. The most common spiders that you’ll see on Long Island are wolf spiders, daddy long legs, and sac spiders. Wolf spiders usually stay in burrows and caves. Wolf spiders don’t spin webs; instead, they chase after their food, which usually consists of insects. They look furry and are mostly gray and/or brown. Scientists don’t actually consider daddy long legs to be spiders, but actually as distant relatives that have only one body segment. Daddy long legs webs are usually long and tangled, which is how they catch their prey. The last type of spider, sac spiders, don’t usually make big webs. Their webs are only for resting or reproducing. Sac spiders are the only type of spiders in New York that are moderately poisonous to humans. Their bites can create sores that take some time to heal and are usually itchy. Differentiating between the types of spiders is an important step in keeping them out of your home.

Will Spiders Crawl Into Your Bed?

You might be wondering: “Can spiders see you?” While most arachnophobes believe all spiders are out to get them, this isn’t actually the case. Most spiders actually have very poor eyesight, and rely on their other senses when they navigate. This means that if they do end up on your pillow when you wake up, they probably didn’t even know you were there. You may have heard the common phrase “Don’t mind the spiders, they eat the other bugs.” This may lead you to wonder, why do you have to worry about “other bugs”? As uncomfortable as it might be, checking spiderwebs for insects can alert you to another infestation in your home.

As scary as you may think they are, spiders are actually quite beneficial for the environment. Spiders directly hunt their prey, which includes mosquitoes. Spiders assist humans by reducing the mosquito population, meaning that we don’t get bitten as much. Spiders are even revered in some cultures and have been for centuries.

Getting Rid Of Spiders

Despite most spiders in New York being harmless, that doesn’t mean you want them in your Long Island home. For more advice or for assistance in making the home pest-free, contact the professionals at Parkway Pest Services.

We have used Parkway for years; their staff and pest control experts are unfailingly polite, efficient and importantly, do an excellent and thorough job.