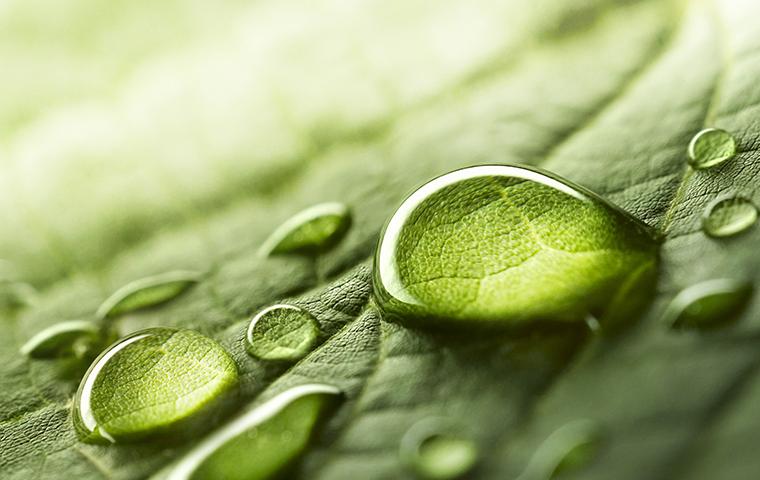 According to the American Council on Science and Health (ACSH), the typical Thanksgiving meal is filled with many mutagens (cell altering substances), carcinogens (cancer-causing agents), and toxins that they say, "no human diet can be entirely free of." While these chemicals are completely natural, the ACSH says they are not benign. So, being that we're a green-minded pest control company, we decided to take a look at how well a typical Thanksgiving dinner would hold up against green pest control.

What is in all of that wonderful Thanksgiving food?

The United States is extremely fortunate to have one of the safest food supplies in the world, but the food we eat still contains natural substances that, in high enough amounts, can have an adverse effect on our health. Of course, when we say high amounts, we mean extremely high amounts. Your Thanksgiving turkey may have heterocyclic amines and malonaldehyde, but you would have to eat 3.8 tons of turkey to get a dangerous level into your system. Unfortunately, turkey isn't the only Thanksgiving item that contains dangerous natural substances. These substances can be found in stuffing, cranberry sauce, cream of mushroom soup, rolls, sweet potato, baked potato, carrots, cherry tomatoes, celery, radishes, lima beans, broccoli spears, and more. They can also be found in pies, beverages, and even mixed nuts!

What harmful things are you consuming? Some you may recognize, like alcohol, hydrogen peroxide, nitrates, and arsenic. Other come with not-so-recognizable names like hydrazines, psoralens, glucosinolates, benzo(a)pyrene, goitrin, aflatoxins, quercetin glycosides, acetaldehyde, and many many more.

How does this hold up against green pest control? Most often, pesticides are not used at all when controlling pests naturally, but sometimes it is necessary to use a limited and focused application of least-toxic chemicals. In all cases, the products used are well below a threshold that would be considered cancerous or dangerous to humans.

The ACSH asserts that "natural toxins pose potentially greater health hazards than man-made pesticides do because they are more abundant in our food supply. Human dietary intake of nature's toxins is at least 10,000 times higher than the intake of man-made pesticides."

Since green pest control focuses on a reduction of food and water sources, exclusion installations, trapping and surveillance, structural modifications, and only resorts to limited and focused chemical substances when absolutely necessary, we believe green pest control holds up pretty good against Thanksgiving dinner.

At the end of the day, the truth is, the only danger of eating Thanksgiving foods is having too much of a good thing. The ACSH suggests eating a diet that is rich in variety to reduce any potential health risks, and to avoid consuming large amounts of food in general. So, on Thanksgiving, and every other day of the year, eat as much of a variety as you can, and keep your caloric intake in balance with how many calories you burn, and you'll be just fine.

As for green pest control, you never have to be afraid of getting trace amounts of pesticides tracked onto your counters or into your cabinets. The chemicals we use are completely safe, and will help to protect you from something truly dangerous: the diseases bugs and wildlife can bring into your home.

I want to thank you for sending Brad Traynor over to my house this morning. He is the most professional pest control person I've ever had in my home. He spent about 3 hours on the initial service and went into our crawlspace to service it. He is the only pest person I've ever had who actually entered the crawlspace and spent time setting up glue traps and spreading bait around the perimeter of the crawlspace. He also installed the new Sentricon Termite Baiting System and put several mouse bait stations secured with spiked cables around the exterior of the dwelling. No other company did that either. I am looking forward to having Parkway and Brad service my home. He is a good man and a real asset to your company.