from 460 reviews. Read All Reviews

While we still have warm evenings before the cold winter air blows through the Long Island area, there is nothing more relaxing than sitting on the porch or lying in a hammock. Unfortunately, a serene, peaceful evening outdoors can quickly be hampered by mosquitoes.

If your time outdoors is being ruined by the buzzing of mosquitoes around your head, it is time to call for the best pest control In Nassau County, Parkway Pest Services. Our team of licensed, experienced experts know how to solve your mosquito problem so you can enjoy the final days of summer. 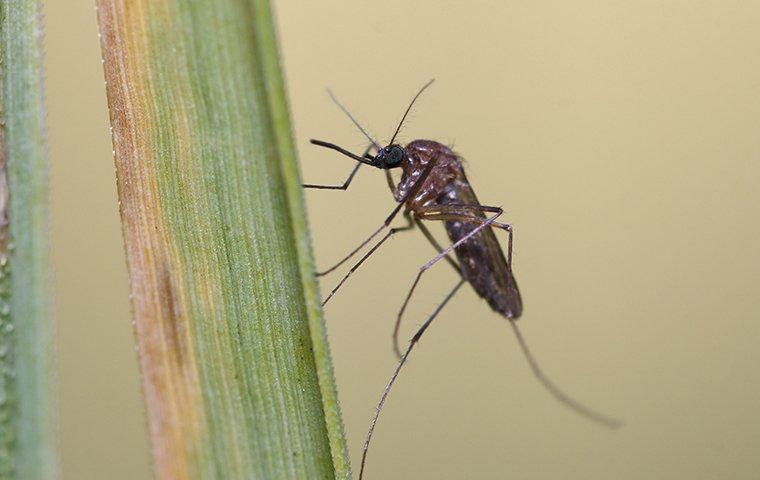 The Life Cycle Of Mosquitoes

Mosquitoes in Long Island need moisture for birth. Life for a mosquito begins when it deposits its fertilized egg on a natural or artificial water surface such as a pond waterline or a manufactured container. The egg will hatch between 16 hours and two years; the amount of time for hatching depends on the following factors: the mosquito species, availability of food, and water temperature.

Once the egg hatches, a larva emerges and begins consuming particles in the water from plants, animals, and organic residue. Over the next seven days, the legless, worm-like larva's body will molt three times as it grows.

When the larva molts the fourth time, it begins the pupal stage. In this time of metamorphosis, the pupa develops a protective pupal case, does not eat, and becomes increasingly lethargic. While in the pupal case, the pupa remains on the water surface unless disturbed. When the water is agitated, the pupa descends the water column in a tumbling motion and then returns to the surface. Because of the pupa's motion as it travels down the water column shaft, pupa at this stage are known as "tumblers."

After developing in the pupal case for about seven days and when the water is still, the pupa splits the cacoon and emerges as an adult mosquito. The newly-emerged adult mosquito will float on its former home until its wings stiffen so it can fly. When its wings are sufficiently hard, the mosquito will fly in search of food and a mate.

About The Dangerous Diseases, Mosquitoes Can Spread

Although not all mosquitoes transmit disease, many of the nearly 3,000 species worldwide are disease carriers. Malaria is the most famous virus spread by mosquitoes resulting in over 500,000 cases annually worldwide. Mosquitoes in the United States are not known carriers of malaria. Malaria cases reported in America are from travelers returning from the sub-Saharan Africa and South Asia regions.

According to the New York State Department of Health, the primary diseases you can get from mosquitoes in our area are the following:

If bitten by a mosquito, avoid scratching and clean the area with an antiseptic or soap and water. Application of nonprescription hydrocortisone cream to the infected area will reduce the itching. Consult your doctor if you experience fever or have concerns.

The ultimate solution to the mosquito problem on your Nassau property is Parkway Pest Services, but the following are preventative steps you can take to help get rid of mosquitoes:

Wherever there is standing, stagnant water, mosquitoes have a breeding ground. Removal of standing water within 200 yards of your home will help get rid of mosquitoes in your yard.

The Secret To Total Mosquito Control For Nassau County Homes

Although the tips listed above help reduce mosquitoes in your yard, the best thing to do to get rid of mosquitoes is secure the team at Parkway Pest Services. Reach out to us and let us solve your mosquito infestation problem.

Thank you so much for your prompt response to my request regarding poison ivy removal. I am impressed by your kindness and professionalism and also want to compliment the person I spoke with (I believe her name was Karen), who was also courteous and represented your business well. It's nice to know that customer service and direct contact with a real person is still available.