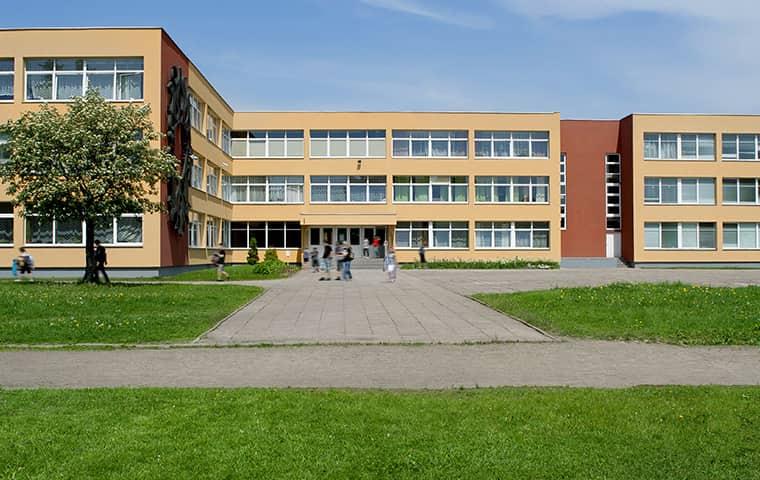 Parkway Pest Services was called to a local Greenwich, CT, school back at the end of January to inspect for what was thought to be a sighting of bed bugs. What we found certainly surprised everybody. While the bugs that were found looked like bed bugs, they seemed to be coming from the attic, which is certainly not typical of bed bugs. We suspected that they were not bed bugs, but instead were coming from birds that were nesting in the attic. Specimens were sent to Dr. Gail Ridge of the Connecticut Agricultural Experiment Station Department of Entomology for a second opinion, and our suspicions were confirmed. We had actually come across Cimexopsis nyctalis, more commonly known as the chimney swift bug. The chimney swift bug is closely related to the bed bug, Cimex lectularius; however, unlike bed bugs, they do not feed on humans. Instead they feed almost solely on birds.

As they do not usually feed on humans, chimney swift bugs are considered a nuisance pest, and are not harmful to humans. They will, however, occasionally bite a human if they cannot find any birds to snack on. The best way to keep them out of your home or business is to bird proof the structure.

Parkway Pest Services specializes in bird prevention services using Bird-B-Gone products. Chimney caps will keep birds from entering the attic of your home through your chimney, and bird spikes and netting works great for commercial facilities. If you believe you have a problem with bed bugs, chimney swift bugs, or if you do not know what type of pest you are dealing with, call Parkway Pest Services today! Whether you are located in Greenwich, Roslyn, Manhasset, or elsewhere in our service area, we can swiftly and effectively solve all of your pest problems.