Why Identification Is Important

Because this type of termite can potentially inflict significant damage to houses and other structures over time, it is wise for property owners to know what this pest looks like. 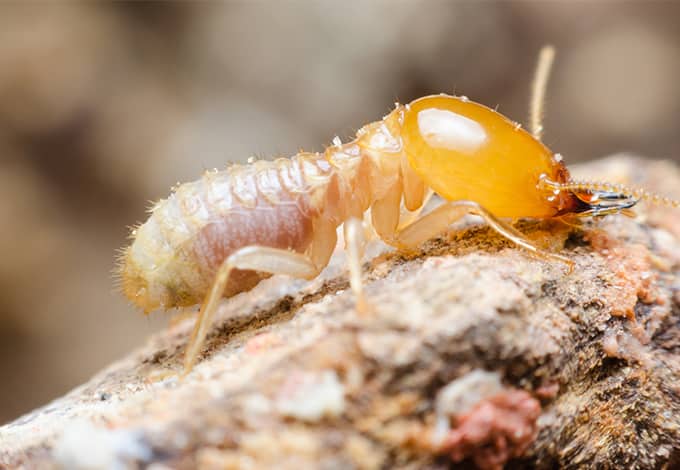 Telling the Difference Between Termites And Ants

Termites are quite small and similar in size to ants, particularly carpenter ants. This, of course, can readily cause an error in identification, which would also cause confusion and improper treatment.

Three basic observations can help you quickly recognize the differences between the adult termite and the carpenter ant.

Visit our What Do I Have? Carpenter Ants Or Termites? page for more on this topic.

Members Of A Subterranean Termite Colony

The subterranean termite colony is made up of three castes: reproductive, soldier and worker.  Each group has its own identifying traits and area of responsibilities, working together and interacting to form a successful community or colony.

Reproductives
The reproductive caste is unique in that this caste includes termites with different looks, positions, and responsibilities.  Within the reproductive caste are kings, queens, and winged reproductive swarmers, also called alates.  To start a new colony, the king and queen will pair off, shed their wings, mate, and live together in a chamber that will eventually become the colony's center.   They will be taken care of by members of the worker caste as the colony grows.  The body of the queen termite is huge in comparison to the king and other castes.  She is a reproducing machine capable of laying 2000 eggs or more each day.  It is estimated that the queen can live for 25 plus years.  Her color can range from pale yellow to dark brown.

As the colony begins to reach maturity, the queen can allow other reproductives to develop wings and emerge from the colony.  They are called swarmers or alates.  This emergence of swarmers is quite noticeable and usually occurs in the spring or early summer.  They can be seen swarming outside around stumps and woodpiles, indicating a colony being near.  A termite swarm can occur inside an already infested home and becomes obvious when you see winged bugs coming out of the woodwork and/or discover shed wings on the floor and possibly insects around windows and doors.  Swarmers, also called alates, are the only members of the colony that have eyes.  They are about 3/8th of an inch long with a dark brown body.  The alate wings are brownish grey with two dark stripes along the forefront of the front wings.  As previously mentioned, seeing swarmers or shed wings inside the home is a sure sign of termite activity.

Soldiers
The soldier caste is an important group of termites whose purpose is to defend the entire colony from intruders.  Their head is rectangular shaped rather than the traditional round head.  This front portion of the body is orange and is equipped with powerful mandibles.  They will rush to the scene where invaders have broken in and defend the workers who repair the tunnel or gallery.  They are also equipped with a frontal gland that secretes a sticky substance to ensnare ants and other intruding insects.  Soldier termites are not typically the ones property owners would encounter.

Workers
The largest caste of the colony and the one that infests homes and buildings is the worker caste.  Workers are unquestionably the largest number of termites in the colony.  They also have the greatest amount of responsibilities.  One of their main functions is to forage for food, carry it back to the colony and feed all other members.  Consequently, the worker is the termite most often seen and the one who does all the damage.  The worker has a soft body that is a creamy translucent color.  However, they are equipped with hard, powerful mouthparts to chew into the wood.  They are only about 1/8th inch long, have no wings, and are sterile and blind.  They live about 2 years and literally work 24 hours per day for their entire lifetime.

Contact Parkway Pest Services today for expert help with termites or any other pest you may have! 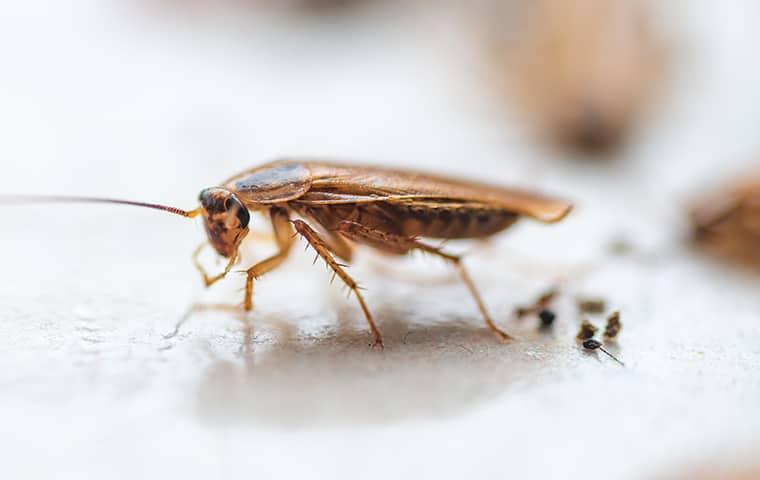 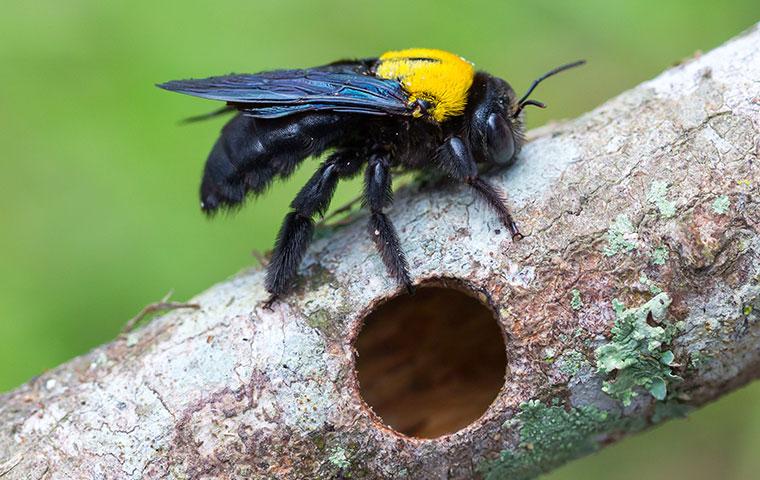 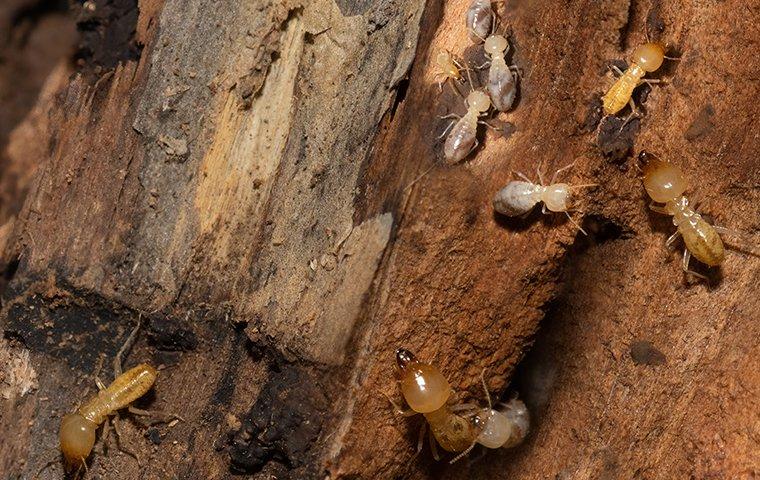