What Types Of Spiders Are Common To White Plains

Home › Blog › What Types Of Spiders Are Common To White Plains 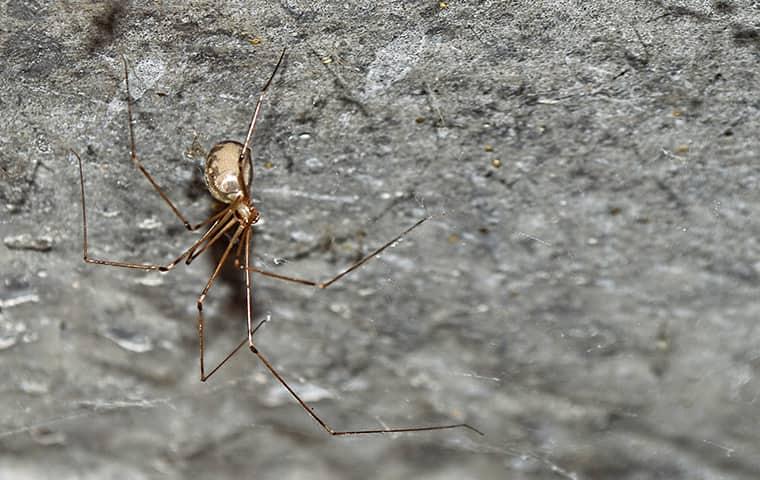 Most homeowners would agree that nothing is scarier than knowing you are sharing your home with an uninvited pest, especially if that pest is a spider. Spiders are typically very elusive and therefore you never know where and when they are going to appear, adding to their “fear factor.” While most spiders that can be found living inside of your White Plains home aren’t dangerous, there are a few species in the area that are worth staying clear of. While nobody wants any species of spider living in their home, it is especially true for dangerous spiders. Having a good idea of what some of the more common spiders found living in White Plains look like is important so that you can correctly identify spiders that are found in your home. The most common spiders found living in White Plains include:

Jumping spiders have been aptly named because of their ability to jump 25 times their own height. Jumping spiders can be easily identified by their stout body and thick legs. These spiders are usually black, brown, gray, or tan in color with pale markings. The jumping spider has quite the knack to startle people with their quick jumps, but the good news is that they are considered to be nuisance pests and want just as much to do with you as you do with them.

American house spiders are the most commonly found spider to invade homes. These are the spiders that create those unsightly webs that are found in the corners throughout your home. Adults range in size from 3/16th to 5/16th of an inch in length. They are yellowish-brown in color and have distinctive darker chevron markings on their body and legs. House spiders typically reside in the dark, quiet corners of your home and typically stay out of sight of people as much as possible. These spiders usually will only bite if they are being directly handled or feel threatened. The venom from an American house spider is not strong enough to cause a reaction in most people and they are considered to be nuisance pests.

Adult brown recluse spiders range in color from a yellowish-gray to dark black; their abdomen is covered in gray hairs and their long legs are darker in color than their body. The brown recluse spider has a distinctive “violin-like” pattern found on the top of their body and has 3 pairs of eyes that are arranged in a semi-circle. Brown recluse spiders are a dangerous species of spider. The venom that they inject can cause serious health concerns for people. The bite causes pain and itching and the venom causes the tissue around the bite to ulcerate and die. It can take months for the skin around a bite to heal and the wound itself is very prone to infection. You need to seek medical attention if bitten by one of these dangerous spiders. The good news is that the brown recluse spider, while dangerous, is not very aggressive and generally will only bite if being directly threatened or handled.

Black widow spiders are typically able to be identified by their shiny black bodies and the red hourglass-shaped markings found on the underside of their abdomen. They may also have lighter red or white spots on their abdomen. Black widow spiders are a dangerous species of spider, with venom strong enough to cause significant health problems in people. The severity of symptoms depends on the location of the bite and how much venom the spider was able to inject. Their venom affects a person’s nervous system, and symptoms may include stomach pain, fever, and labored breathing; these symptoms usually go away within a few days. While black widow spider bites do not usually result in long-term issues, immediate medical attention should still be sought.

To get rid of any nuisance or dangerous spider found living inside of your home, the White Plains pest professionals at Parkway Pest Services provide year-round residential pest control services. Through our year-round pest control services, you can be sure that our highly trained professionals will implement the treatments and prevention methods needed to control spider populations living in and around your home. To learn more about how Parkway Pest Services can control common New York spiders and more than 30 other common household pests, give us a call today!

I have known Pat of Parkway Pest Services for many years and am always comfortable recommending him for exterminating services. Parkway Pest Services provides exemplary service in a professional and expeditious manner and my clients have always been completely satisfied with their results.