There's A Bat In My House, What Should I Do? 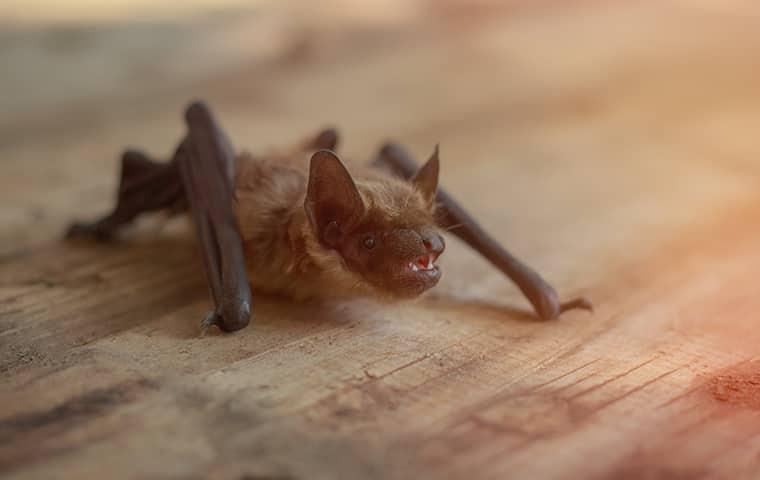 First of all, don't panic. Bats will not generally attack you, unless you corner them. And, just in case you are prone to believing folklore, they aren't vampires either. They don't want to suck your blood, or carry you off into the night. They couldn't, even if they wanted to. Most bats you'll find in the United States are quite small. But that doesn't make them any less creepy.

If you find a bat in your home, there is a high probability that it is either a big brown bat, a little brown bat, or a Mexican free-tailed bat. These are the most common bats that infiltrate homes in New York and Connecticut. Stay calm. They will not attack you unless provoked. Call animal control or a pest control engineer to come and have it safely removed. Do not attempt to do this yourself, unless properly protected. Wear protective clothing that is thick and abrasive. Bats have small teeth that cannot cut through leather jeans. It is also wise to wear something to protect your head and face.

In the United States rabies is most commonly associated with bat exposures, and this virus is fatal to humans, unless treated before symptoms appear. If you or a family member gets bitten, seal up the house, so the bat can be captured and sent away for rabies testing. If the testing comes back positive for rabies, you'll need to have a fairly expensive shot to inoculate against this virus. Rabies is not something you want to mess around with. Always handle bats with caution.

Here are some common signs that you have a bat infestation: scratching, scraping, and thumping in the walls or ceiling. Unlike mice, bats go crazy when you pound on the wall. You might use this as a test. Bat droppings on your porch, deck, or patio. They are small, dark brown in color, and usually numerous.

If you have more than one bat, which happens in attics, sheds, and garages, get them removed immediately. Exposure to the fungi in bat droppings can cause lung disease and histoplasmosis. The area should be cleared and decontaminated by a professional when bats are discovered. Bat infestations pose a threat to you, your children, and your pets.

Attic infestations are particularly dangerous, because bats carry something even more sinister than diseases. They carry bat bugs! And though bats don't generally bite humans, bat mites do. A lot. So be proactive in removing bats when you find them.

Thank you for your continuing good service!