Why Do I Have Flying Squirrels In My House?

Home › Blog › Why Do I Have Flying Squirrels In My House? 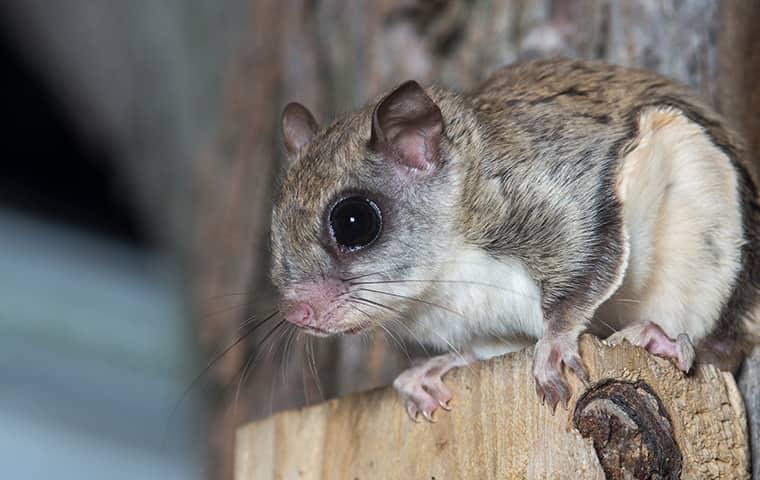 Did you know that it’s not just ants, spiders, and mice that can find their way into your home and cause problems and stress for you and your family? Many wild animals like raccoons, bats, chipmunks, and tree squirrels also find their way inside of homes in order to have their basic needs of food, water and shelter met. But, did you also know that flying squirrels are also a potential home invader? That’s right, we said flying squirrel, they aren’t just a made up character in a cartoon, they are real and have the potential to move into your New York home!

The first thing to know about flying squirrels is that their name is a bit deceiving, they don’t actually fly, instead they sort of glide through the air as they jump from tree to tree or tree to house. They have two large flaps of skin on their sides which, when they extend their feet stretch out to create make-shift wings! Some more fun facts about flying squirrels living in New York include:

Now, onto to the main question of why flying squirrels are living in your home? Well, the most likely answer is because you like to feed the neighborhood birds or because you have a lot of flowering trees or plants on your property. Flying squirrels like to feed on things like seeds or nuts, berries, lichens, fresh leaves, and flowers, along with fungi. Flying squirrels are highly attracted to properties that have backyard bird or other wildlife feeders on them. Once they know you will be providing a consistent food source for them, they will want to create a nest that is close to the provided food source, which unfortunately for you, often means inside of your home’s chimney, attic, or behind a wall void.

If flying squirrels have made their way into your home, don’t despair and don’t try to remove them on your own. Let the wildlife control experts here at Parkway Pest Services humanely remove your unwanted houseguest for you. Despite their small size and innocent looks if they feel threatened or they are cornered, they will defend themselves by biting or scratching. Our professionals provide the targeted services necessary to quickly remove flying squirrels from your property, our services may include trapping and control, exclusion services, and damage repair. If you think flying squirrels or any other wild animal have taken up residence in your home, contact the wildlife control experts here at Parkway Pest Service, today!

As you know we have been customers of Parkway Exterminating for many years. I thought it was important to let you know how pleased I am with your technician, Albert's service. Albert has been to our home on several occasions but recently for a "problem" that I needed to go away. He was courteous, professional, knowledgeable and completely thorough. I do believe our "problem" is gone and I wanted to thank you because knowing that Parkway takes pride in it's employees makes me want to stay a client for years to come. Thanks so much!!!